Saving the fertility of children with cancer 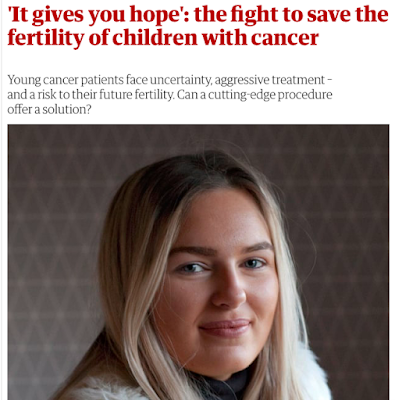 This feature for the Guardian Weekend magazine feels like a fitting article to end the year on. Fertility preservation is about the future, about uncertainty, about hope - and about the belief that given enough time and resources, scientists can find solutions to problems that may seem unsurmountable right now. Here's to a happy and healthy 2019.


'It gives you hope': the fight to save the fertility of children with cancer
Young cancer patients face uncertainty, aggressive treatment – and a risk to their future fertility. Can a cutting-edge procedure offer a solution?

Posted by Sophie Hardach at 03:36 No comments:

Unlocking the secrets of the ancient world 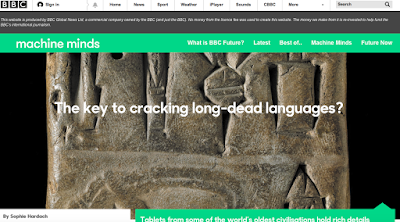 Can machines help us translate the world's oldest written language? Ancient Mesopotamia has left us more texts than ancient Rome, Egypt and Greece combined, some say. About half a million Mesopotamian clay tablets carrying cuneiform script, the world's oldest writing system, have been excavated, detailing life at the dawn of history. But relatively few can read this script and the languages (Sumerian and Akkadian) it records. Here's how algorithms might help us crack the secrets of the past - and spark new research into our earliest civilisations.
Posted by Sophie Hardach at 06:08 No comments:

What's the best age to learn a language? 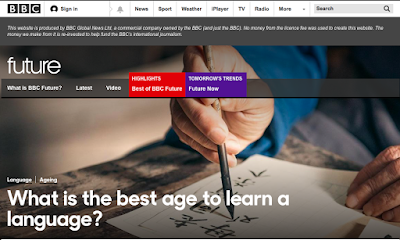 Can you lose your native language? And what's the best age to learn a second (or third, or fourth) language? Here are two features I wrote for BBC Future about languages and language-learning.

Interestingly, the feature on losing your mother tongue seemed to resonate with a lot of people - I've had fascinating exchanges with rusty native speakers from around the world. But I also enjoyed researching the one on age and language. As one of the experts says: “Not everything goes downhill with age." Our attention span increases, for example. Our study skills improve. And we can read books! Which has definitely been a huge factor in my own language learning. What's your favourite learning strategy?

Basel: A trip to LSD's birthplace

For the Guardian - a city profile of Basel for the 75th anniversary of Albert Hofmann's accidental discovery of LSD. Hofmann was a chemist researching the effects of a fungus that had been used for a variety of medicinal purposes since medieval times, for example to bring on labour (and also for abortions). Hofmann was trying to find a drug to treat fatigue, but then... well, read the article!

One thing I really enjoyed during my research for this piece was hearing about the interplay between science and the arts, both of which are big themes in Basel's history. The two are sometimes treated as polar opposites, especially in the educational system, which is such a shame - all the best scientists are incredibly creative. As Matthias Liechti, a pharmacologist currently researching LSD at University Hospital Basel, told me: “Hofmann was an example of scientific professionalism, but on the other hand he was also spiritually open. That’s a nice mix.”
Posted by Sophie Hardach at 04:25 No comments:

The secret world of babies 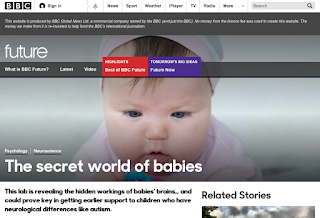 My son's first assignment! We visited the Babylab at Birkbeck and found out about their latest research for BBC Future.
Posted by Sophie Hardach at 04:01 No comments:

How you talk to your child changes their brain 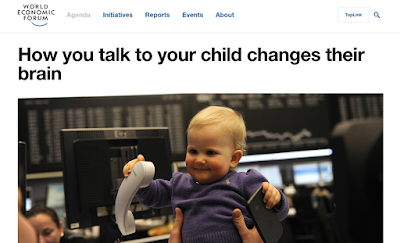 Most parents know that talking to their child is important. But a new study has revealed that it’s how you talk to your child that really matters for their brain growth. Read more about chatting and cognitive development in my latest story for the World Economic Forum.
Posted by Sophie Hardach at 03:47 No comments:

Why speaking more than one language can boost economic growth 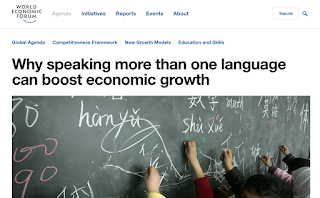 My latest piece for the World Economic Forum: multilingualism is good for the economy, researchers have found. Countries that actively nurture different languages reap a range of rewards, from more successful exports to a more innovative workforce. (And speaking more than one language actually boosts your earning power, as one study showed - even if you don't need your additional language on the job).
Posted by Sophie Hardach at 09:17 No comments: